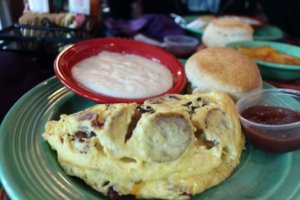 The Flying Biscuit first opened its door on the east side of Atlanta, Georgia in 1993. Their signature biscuits were so wildly popular that they sold out of them by eleven in the morning (they had opened at seven in the morning). The Midtown Atlanta restaurant was opened in 2003.

Since then, The Flying Biscuit has opened thirteen restaurants in Georgia, six of which are in Atlanta. They have location in Alabama, Florida, North Carolina, South Carolina and Texas.

They strive to keep the down-home feeling of their first restaurant. Each restaurant bakes and sells about five thousand biscuits per week. Their food is Southern-inspired and are most famous for their biscuits and grits.

They have been featured in several publications. Entrepreneur named them in their Top 200 food-based franchises in 2017 and 2018. They serve breakfast, brunch, lunch and dinner seven days a week. They are even famous for their catering. No wonder they have almost two thousand posts on the web raving about their food. 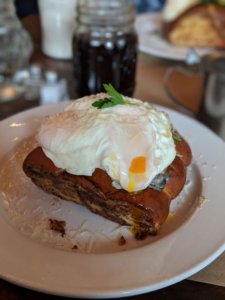 Sun in my Belly is located at 2161 College Ave. NE. It is the dream of Executive Chef Alison Lueker. After college, Alison traveled the world then ended up in Santa Fe for culinary school. She came back to Atlanta and began to form the future. She wanted to cater creating exciting haute cuisine. She opened the doors in 1996.

Alison found Max LeBlanc and made him a partner in 1998 in the Sun in my Belly catering. She wanted to focus more on the catering, so Max took over the kitchen in Sun in my Belly. Their goal was to open a physical restaurant and they finally settled on a historic building, Bailey’s Hardware, in the Kirkwood neighborhood of Atlanta. At first, they only sold brunch and lunch but expanded to dinner in 2012. Their place is very popular as they have over one thousand positive reviews on the internet and growing.

La Petit Marche’, also known as The Little Market, opened in 2008. Owner Marchet Sparks originally opened the place as a market and a small delicatessen. However, when the economy took a dive, she decided to focus on the serving food rather than have most of her money tied up in inventory. 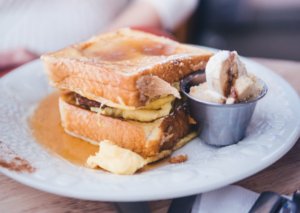 This was the best decision she made as she started to get featured in “Best of …” awards. This not only brought in more people from the Kirkwood neighborhood, but it has become a destination for people from all over.

La Petit Marche’ is a family business with mom cooking sumptuous soups in the kitchen. As their popularity has grown, so has their amazing reviews online. They have over one thousand that have given them a four-point-six-star rating.

The employees as Atlanta Hood Cleaning Pros are happy to review great restaurants in the Atlanta, Georgia area. Many times, they frequent the restaurants they review. Hood cleaning is a late-night job and when their professionals get off work they are hungry. What better thing to do when done with their job but get a great breakfast? This is also a great way to find new customers!