The upper class of people in Italy considered pizza for the commoners and was ignored for centuries. It is said the Queen of Naples actually banned pizza from her home in the late 1700’s. Ironically her husband loved pizza so much he would sneak out in disguise to indulge on pizza made by Antonio Testa. When the King’s son took over, he hired the son of Antonio Testa, Domenico, to build a pizza oven in the palace. This caused pizza to become very popular throughout the country. 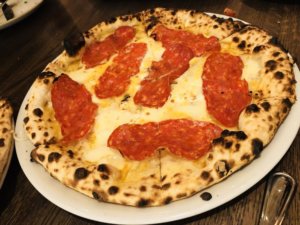 Pizzeria Testa is a tribute to owner, Rod Schaefer, whose mother is a descendent of the Testa family from Naples. Rod dreamed of opening a pizza restaurant and wanted to bring the true pizza experience to Dallas. He traveled to Naples and studied under the masters of Neapolitan Pizza.

Located in the Lower Greenville area of Dallas, Pizzeria Testa imported the custom made seven-thousand-pound brick wood-burning oven. The pizza is cooked in sixty to ninety seconds at on thousand degrees. In the morning when the oven is cooled to three hundred and fifty, they back fresh loaves of bread.

They actually import the main ingredients from Naples. The main ingredients are Tipo 00 Flour which is extra-fine flour, San Marzano Tomatoes grown in the shadow of Mt. Vesuvius and Mozzarella cheese made with water buffalo milk. They have close to two hundred and sixty online reviews close to a five-star rating.

Thousands of Italians immigrated to South Brazil over one hundred years ago. They quickly befriended the native gauchos who also loved large family gatherings and cooking food. Delucca Gaucho Pizza & Wine is a tribute to the pizzas that were created combining South American cuisine with Italian cuisine.

This unique restaurant is the pizza restaurant of the Churrascaria Steakhouses. Once a patron is seated, they are given Kobe Meatballs, a platter of arugula and garlic and lobster bisque. Then servers start coming by with different pizzas for the patrons to pick a slice. This has given them a four-point-six-star rating with over four hundred and fifty evaluations on the internet.

Bona Pizza is located at 4218 W Lovers Lane in Dallas, Texas. It is owned by Barulio Carvahalo who moved to Dallas in 2000 from Brazil. The first job he took was in a pizza restaurant and he was hooked. 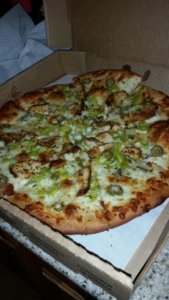 He worked in several pizza restaurants honing his skills before opening Bona Pizza. To save up money to open his restaurant, he worked for the Dallas Morning News delivering newspapers.

All of his hard work has paid off with the success of his restaurant. There are over one hundred positive posts on the world wide web giving him a four-point-four-star rating.

Dallas TX Hood Cleaning has cleaned hundreds of commercial kitchen exhaust systems in the Dallas Fort Worth area. They have trained professionals who do hood cleaning to National Fire Protection Association standards.