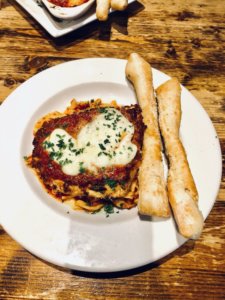 Picasso’s Pizzeria is located on the Southside of Jacksonville, Florida. Some of their popular creations are St. Louis Toasted Ravioli, New York Pizza and Gooey Butter Cake.

A small hole-in-the wall, Picasso’s Pizzeria is very popular and fills up fast. You can make reservations if you do so twenty-four hours in advance. Owners Don and Chris, both grew up in St. Louis consuming great pizza and toasted ravioli.

No matter where either man lived, they could never find a restaurant that served the amazing food they ate in St. Louis growing up. So, they teamed up to open Picasso’s Pizzeria and have never looked back.

Their restaurant has over seven hundred raving posts online and have close to a five-star rating. This is one place to put on a bucket list when visiting Jacksonville.

V Pizza is located in the Southbank district of Jacksonville. It is the dream of three natives of Jacksonville. They wanted to bring the Neapolitan style of pizza to this town as it is one of the most unique pizzas every made.

Not only are they unique with ingredients like Italian 00 Flour and mozzarella made out of the milk from a water buffalo. The tomato sauce comes from tomatoes that are grown on the volcanic planes near Mt. Vesuvius. 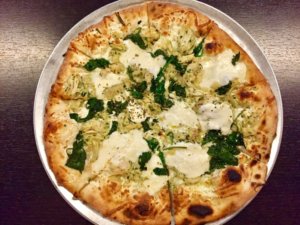 What makes V Pizza even more unique are their three custom made ovens named San Marco, Felice and Amore. These ovens are made in Naples, Italy by Stefano Ferrera. They weigh over six thousand pounds and reach a heat of nine hundred degrees. This makes the cooking time of only ninety seconds.

They now have five locations. Each location was chosen because of how unique the builds were. They did not want to have a place in a mall or strip mall. This must appeal to their patrons as they have well over twelve hundred reviews on the internet giving them over a four and one-half star rating.

Enza’s Italian Restaurant is located on the Southside. Funny, they are on the same road, San Jose Boulevard, as Picasso’s Pizzeria. 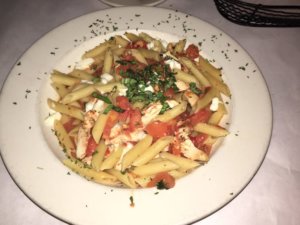 Owners, Mike and Enza Huff, opened their restaurant in 2004. They wanted to bring amazing Italian food to Jacksonville. They have tasty recipes like low-carb, Chicken Stephanie and Seafood Lasagna.

Enza was born in Palermo, Sicily and immigrated to America with her family when she was ten. Her life in the restaurant business began when she was fourteen when she worked in her families’ bakery.

Mike was born and raised in New Jersey in an Italian neighborhood. He used to work in the cosmetics industry but left after years to train as a Chef specifically to work in Enza’s Italian Restaurant.

Enza was the decorator of the relaxing and warm atmosphere. Her touch has created a unique dining experience along with ample portions. They have only three hundred reviews on the web, but they get high marks. 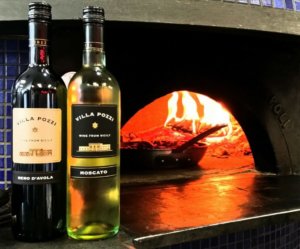 JAX Hood Cleaning has been serving Jacksonville, Florida for many years. They have a team of hood cleaning specialists that are professional trained. They will not only clean, but they will give the restaurant owner/manager a list of things that need to be fixed or replaced. In addition to hood cleaning, they can clean the entire commercial kitchen removing ninety-nine percent of bacteria, mold and mildew.