El Chingon Mexican Bistro is located at 4326 Tennyson Street in Denver, Colorado in the Northwest part of the city. They are committed to supporting local growers and ranchers to provide the freshest flavors possible. Their pork is hormone free and grass-fed as well as their chicken is harvested from chickens that were free-range.

Chef David got his training as a chef in Avignon, France. His meals are as close to original traditional recipes one would find in Mexico City. The salsa is so great it takes a lot of self-discipline to not fill up on chips before the meal arrives.

Gloria Nunez works alongside her grandson, Chef David Lopez. She is originally from Mexico City and grew up helping her mother in the kitchen. One of the favorite dishes she creates is her Chili Rellenos that has been in the family for centuries. She says her secret to amazing food is she blesses every meal she prepares.

Valentina Panic is the General Manager as well as Bartending Manager. She was born in Serbia where she studies the art of bartending and hospitality while in school, she was part of an exchange program with the United States. She stayed in Serbia for several years honing her bartending skills before taking a job in the United States with Hyatt Hotels. She was offered a position as bar tender at El Chingon Mexican Bistro and has never left.

Their reviews online are close to six hundred. Their star rating is close to four and one-half which says a lot about the food they create.

Adelitas Cocina Y Cantina is located at 1294 S. Broadway in Denver, Colorado. They are a family-oriented business that serves lunch and dinner seven days a week. Their traditional recipes come from the state of Michoacan in Mexico which are served in a warm and comfortable atmosphere. 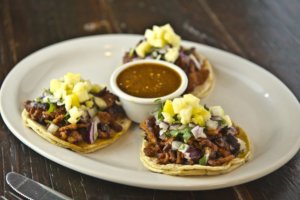 The name La Adelita comes from a story about a woman who fell in love during the Mexican Revolution. She followed her husband where ever his regiment traveled. As a result, her name became synonymous with women who traveled with the soldiers to mend clothing, prepare meals and help with the wounded.

Adelitas Cocina Y Cantina has an impressive one thousand seven hundred and twenty-six internet posts. They can boast a four point for star rating thanks to their beloved clientele.

La Loma a Mexican Kitchen is located at 1801 Broadway in Denver, Colorado. It started as a family owned business in a small brick house over thirty years ago. It was moved by Sonny Birinkerhoff and his son in 1981 where it has thrived. This unique site was the combination of three Victorian houses that belonged to miners dating back to the 1800’s.

Recently La Loma a Mexican Restaurant was relocated to the downtown area but still serves the same amazing Mexican food. It is across from the historical Brown Palace Hotel and Spa. The Brown Palace Hotel is considered the second-longest operation hotel in Denver and is listed on the National Register of Historic Places. Nightly rates start at three hundred and twenty-five and suites start at eight hundred per night.

La Loma has a whopping two thousand three hundred and thirty evaluations on the world wide web. Their star rating is a strong four point four.

ProCo Hood Cleaning is a family owned business that has been serving the Denver, Colorado area as well as surrounding towns. Their team of professionals have been trained in hood cleaning and take great pride the work they due.